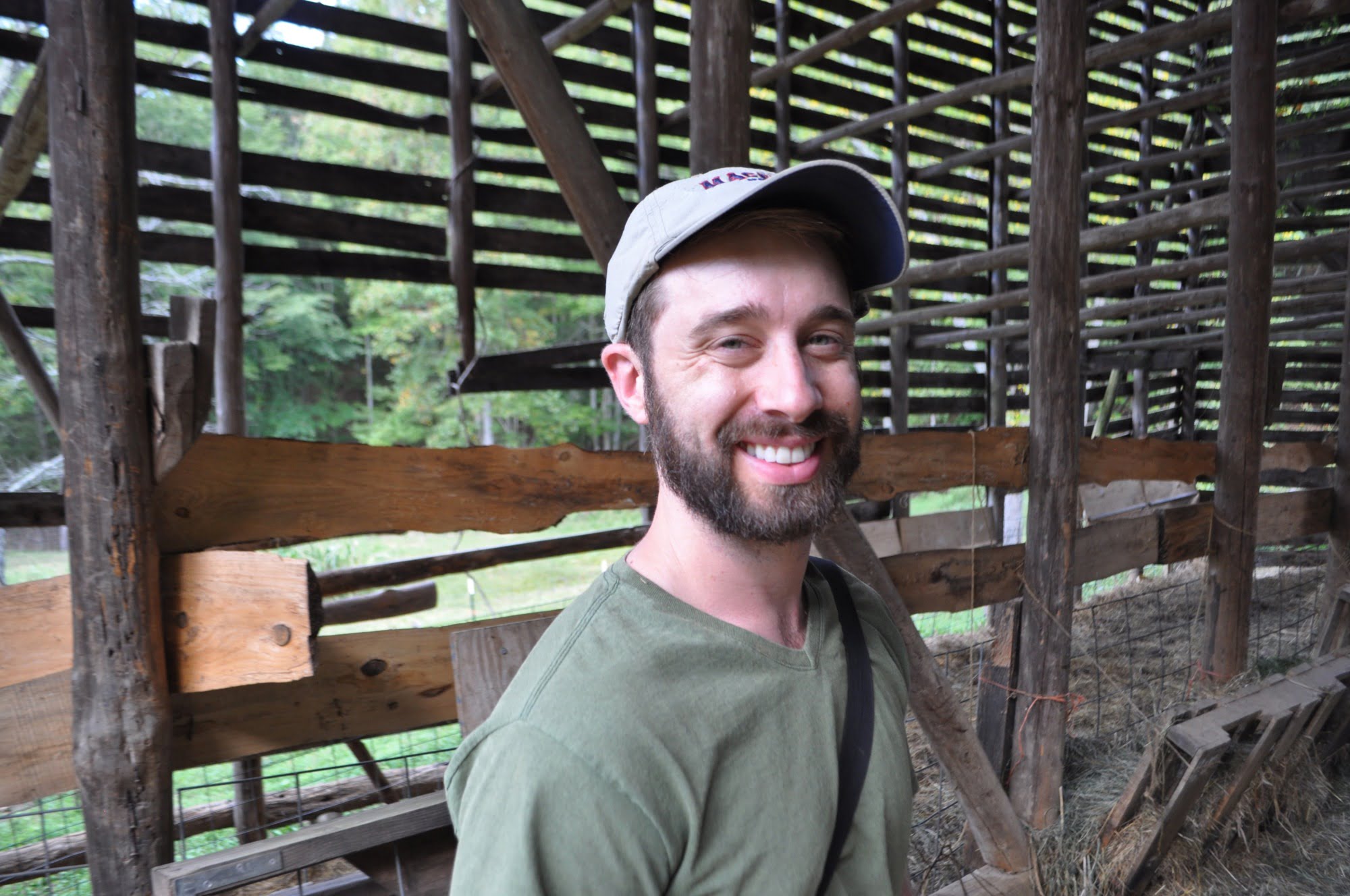 After watching lots of video online, Josh had the impression that permaculture was like “gardening on crack.” Then he took the Wild Abundance Permaculture Design Course (PDC) and learned that it’s all that and so much more.

In 2017, Josh and his wife, Rachael, came up to Asheville to participate in our PDC. Josh did the full course and worktraded for part of his registration cost. Rachael soaked up everything Josh had to share at the end of each day, plus she attended a handful of classes through a special worktrade arrangement.

We checked back in with them two years later. They shared how much they’ve applied what they learned and how grateful they are for their experiences as worktraders with Wild Abundance. Here’s a bit of their story.

When we called Josh and Rachael, they had literally just bought a new place down in Louisiana…two months earlier! Turns out that they had purchased their first home soon after the permaculture course, up here in North Carolina. However, some life changes led them to move back to Louisiana to be closer to their families. Before the PDC, Rachael had been excited about getting a place of their own, but Josh wasn’t as enthusiastic. It was during the course that Josh got on board and also became excited about stewarding a home together.

In fact, they both reflect on how helpful the course was in choosing a place to buy and develop. Learning about things to look for during a land search – like passive solar potential, water resources and aspect – opened their eyes and informed their search and ultimately their decision to buy.

Their new home is sunny and mold-free (a significant claim-to-fame in muggy Louisiana). These qualities are due to their application of permaculture and consideration of solar exposure and the path of the sun throughout the year. Overall, they own 7.3 acres. This includes ponds, forest, and three acres that were already cleared and they’re developing into gardens; so far they’ve got a few raised beds and five blueberry bushes

Since Josh came to the PDC expecting supercharged gardening techniques, he was somewhat surprised at how much of the course focused on community building. In fact, one of the biggest takeaways for him was that interconnections among people are really at the foundation of permaculture.

He and Rachael are now living in an area where people aren’t so connected. There, very few folks have even heard of permaculture. However, just in the few short months that they’ve had their place, they’ve been able to make strides toward changing that. By opening their doors to neighbors, reaching out and sharing what they’re excited about, they’ve met lots of local folks with shared values. Two neighbors sell eggs; one brought over a pasture-raised frozen chicken; another gifted them with a fig tree; and others have shared how excited they are to work together in the future.

Both Josh and Rachael have a long-term goal of getting to know the deep ecology of their place – what it needs, what it has to offer and how they can tend it well. This includes both their physical place with all its plants, animals, fungi, weather, etc., and also their social and cultural place. Ultimately, they want their home to become a sanctuary of beauty, connection and reverence for the land. Already, this is happening: Co-workers of Rachael’s who haven’t even seen their place have commented on how wonderful it is. There’s clearly a need in their area that Josh and Rachael are showing up to meet.

The Joys of Worktrading at Wild Abundance

Worktrade is one of the ways that we try to make our classes more accessible. It’s a simple arrangement whereby students offer their time in lieu of some of the registration cost for a course. Worktrade is also a way for us to see and value the myriad skills that our students already have. This is both empowering for them and inspiring to us.

Josh and Rachael both took advantage of our worktrade program, and they were pleasantly surprised to find that it wasn’t just a way to save some cash.

On the face of it, worktrade made the PDC financially feasible for Josh, plus it gave Rachael the opportunity to participate in the way that worked for her. She came for just a few days of class and offered her skills as a photographer in trade for that time. However, both of them reflected that getting to worktrade actually deepened their experience of permaculture.

Since permaculture is about connections and relationships, worktrading is a way to learn experientially through service. Because he worktraded, Josh got to spend more time with us. He was able to see how things work around here, outside of the class setting – plus he built deeper connections with our core community.

Josh’s goal when he chose to take the PDC was to learn how to care for the Earth as a sacred place. At the end of the 12 intensive days, his head was spinning with a multitude of ideas, tools, and examples of how to do this. He realized that permaculture isn’t just a technique or set of practices; it’s actually a way of seeing and relating with the world.

And this perspective shift, for Josh, has been “just life changing.” Rachael’s experience was similar. The way she put it is this: “The course allowed us to be more conscious in the way that we live, in every element of our lives.”

Hearing this is so inspiring to us, as it’s exactly what we’re hoping for in teaching this course. Many thanks to Josh and Rachael for sharing their story – and for living permaculture in all that they do.