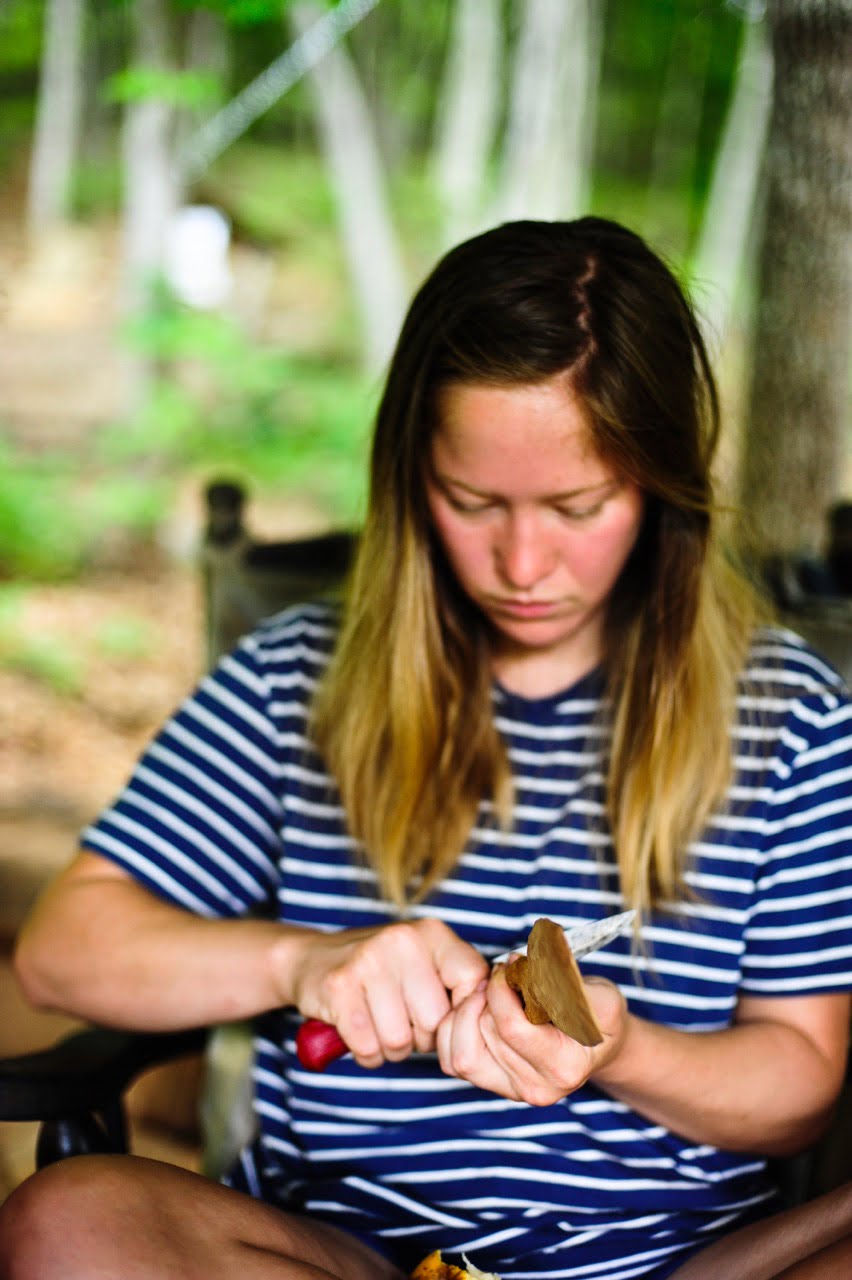 Last spring, Iz was literally days away from beginning a graduate program.  But something wasn’t feeling right about that path, so she switched gears. Instead of grad school, she decided to pursue her passions through a permaculture apprenticeship with Wild Abundance.  Now looking back, she feels strongly that she made the right call. She’s excited to continue practicing the skills she has learned.

Why did you choose to become an apprentice with Wild Abundance?

My partner and I have always had a dream of becoming more self-sufficient, growing our own food and having our own homestead.  When we realized that we really didn’t know what we were doing at all in this realm, I decided to try to learn.  Through Internet research I found Wild Abundance and the permaculture apprenticeship program.  It seemed like it would be intense, which is what I was wanting.  The property looked beautiful, which it is.  Natalie’s broad skill set appealed to me, too.

What have you learned during the apprenticeship?

Honestly, one of the best, most useful things I learned was how not to do many things.  I got to learn from mistakes that Natalie has made along her own path and about things that she would do differently if she had them to do all over again.  This is really valuable.  I also learned so much about gardening!  For someone who is striving to grow most of her family’s food someday, I really didn’t know where to start.  Now I know about so many options and ways of doing things, from selecting tools all the way to preserving the harvest.  I got really familiar with wild edibles, too, which is huge.  I also learned a lot about harnessing the natural flow of water on a property. 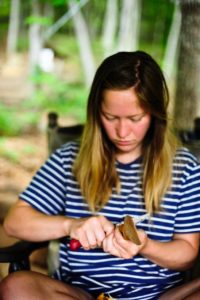 Learning the primitive skills like fire by friction and bow making was really good, too, though less practical in some ways, because I probably won’t use those skills in my day-to-day life.  It felt more like a spiritual thing, like I was connecting with my ancestors, and I gained a deep appreciation and respect for all the people who have come before me.  I learned much more than that, too, but what I’ve mentioned are the things that stand out.

What have you learned or gained from the apprenticeship that you weren’t expecting?

The connections that I made with my fellow apprentices were a big benefit of the apprenticeship.  They are probably going to remain some of the best friends I’ve ever made.  I’m not a super social person, and the only way that I was going to do this “community living” thing was to be forced into it, like I was here.  Now I know that I can make it work living and sharing land with a group of people.  It leaves me feeling really comfortable with my community-building skills.  We were free to try new things with communication and to be really honest.  It was so refreshing to be with a group of such like-minded people. I also learned that I hate building!  Especially “commercial” style building.  I’m okay with natural building, but in general, building isn’t my thing. 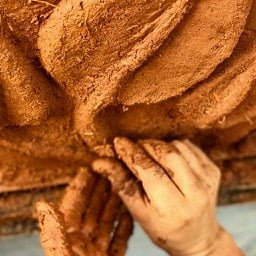 Do you have any words of advice or reflection for people who are considering becoming apprentices in the future?

If you’re gonna do it, you’re gonna do it.  All of the apprentices this year came into it from different backgrounds, but all from the sort of “conveyor-belt” world, and we were all wanting something different.  You’ll know if you’re ready for this.  Also, Natalie and Frank are constantly thinking, brainstorming and working to make the apprenticeship program better and better.  It improves every year, so I know that next year is going to be really awesome.