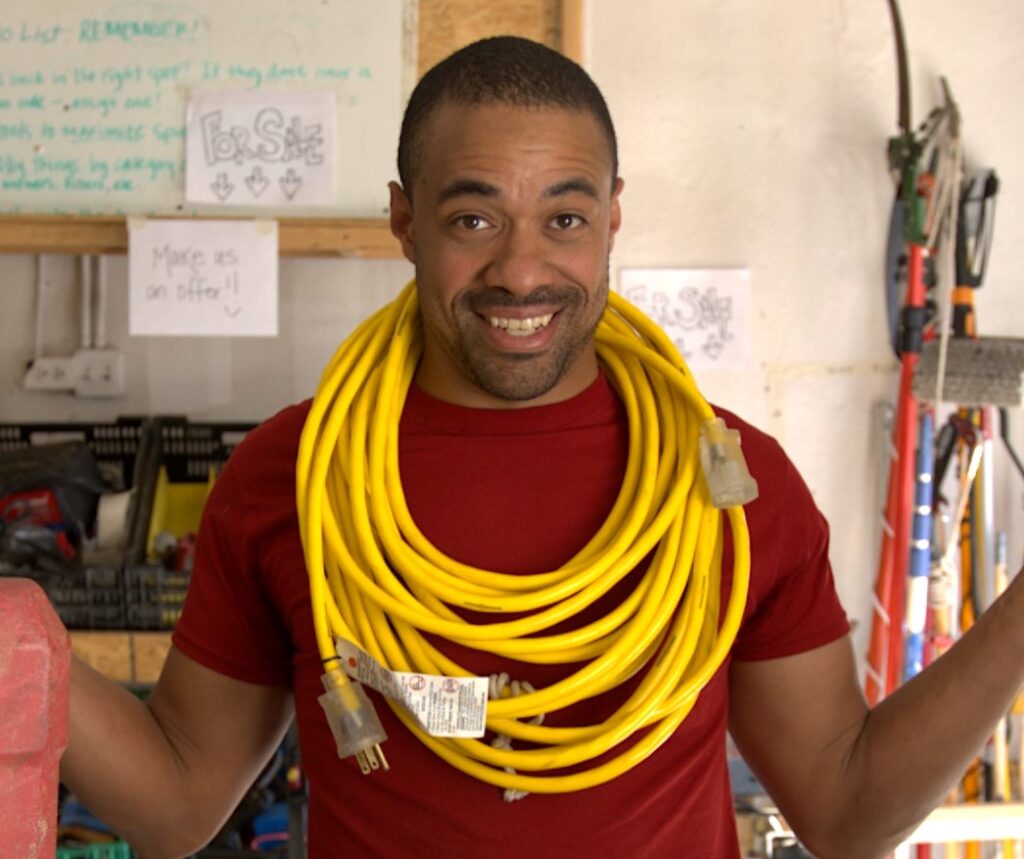 Keenan (he/him) has been tinkering and building since he could walk. In his early childhood his parents were building a house, so he saw the many phases of construction and became enamored with the process. So much so that touring the houses of neighborhoods being developed was a great joy and regular activity. An older neighborhood friend taught him to repair bicycles. As a teenager he enjoyed skateboarding, but skate parks were sparse and far so he started building his own ramps where he learned many structural engineering concepts first hand. He managed to get 2 years into an engineering degree before realizing he didn’t actually want to do that, and got back to his roots by working in a bike shop as a mechanic for several years, and then getting back into construction from there.

He had always dreamt of building his own home and finally embarked on his “not-so-tiny” house on wheels (it’s a double and a half wide…) in 2014. This led to the accidental beginning of his business KSPhillips Contracting where he has built several tiny and larger homes as well as small, medium, and large renovation projects for friends and neighbors who realized his abilities. In 2020, he started teaching for the Wild Abundance Tiny House Academy and in January 2022 started helping with leading its direction. He also teaches the foundation built house in the In-Person Tiny House Build classes. When he’s not doing any of the above he’s likely in his garage working on his rally race car or out in the woods (legally) racing and potentially becoming a part of the scenery somewhere in the country.